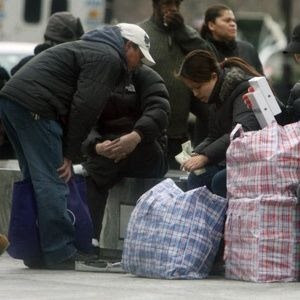 With iPad 2 launched only in the US on March 11, hardcore buyers in China are able to get their hands on it by the same weekend thanks to the ever enterprising Chinese who had sent their troops to station near the Apple Store located on the Fifth Avenue, New York. These chinese scalpers had paid people to line up to purchase the iPad 2. No wonder the iPad 2 were completely sold off minutes after it was opened.

Back in China, the same item was sold between $1,700 to $2,000. Crazy premium taking into consideration that the highest retail price of iPad 2 in the United States is only 829 USD. While there is little that Apple could do to stop this rampant trade, what they could do in the future is to have a same date for worldwide release or perhaps a shorter release date for China.
Posted by Alvin Foo at 12:15 PM