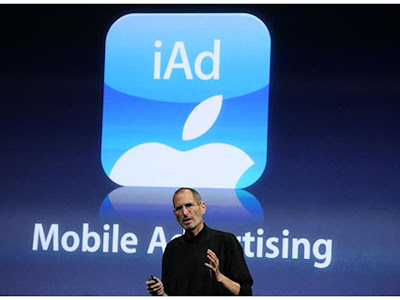 The first two advertisers on Apple's iAd network have said they are pleased with the results from their campaigns. Nissan tells the Los Angeles Times that people spent an average of 90 seconds using its iAd, ten times longer than comparable online ads and click-through rates were five times higher.
Meanwhile, Unilever's iAd for its Dove brand saw a "double-digit" percentage of users seeking further information about the product advertised, while 20% of viewers watched the ad more than once.
The caveat here is that these were the first two iAds, and iOS users were excited enough about them to want to watch and interact with them. They had an extreme novelty value. Even i had clicked on almost all of the ads just to check it out. I must admit the user experience is good but since the amount of ads arent that many, thus its still too early to judge.
The real proof of iAd's effectiveness will come a few months down the line but this is certainly a good start.
Posted by Alvin Foo at 7:39 AM